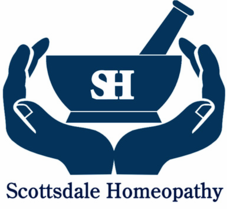 Children in the modern world are growing in an overly toxic environment. From the heavy use of pharmaceuticals, vaccines, through toxins, additives and preservatives in their food and all the way to insecticides, and even EMFs and other radiations.
We should not be surprised that ailments associated with the nervous system, cognition and behavior, such as ADHD, Autism and Anxieties are not far from being declared as epidemics.
The ADA Method (Advanced Developmental Achievement) is a safe and gentle, drug free, multi-disciplinary method that addresses children’s and adolescents’ emotional, cognitive and behavioral issues such as:
Learning Disabilities * ADHD and Restlessness * Lack of Motivation * Depression and Anxiety * Aggression and Temper Tantrums * Phobias, Repeated Nightmares * Symptoms typical of children on the Autism Spectrum

Although CEASE therapy was originally developed to ease symptoms which are typical to children on the autism spectrum, the therapy’s benefits of improving a myriad of cognitive and behavioral symptoms which stem from environmental exposure to toxins were soon evident. CEASE Therapy is now used for improving many different behavioral and cognitive problems such as ADHD, learning disabilities, phobias and aggression. CEASE Therapy is implemented by using homeopathic and isopathic remedies to ameliorate and at times to reverse symptoms.
Historically, CEASE therapy was developed by Dr. Tinus Smits from the Netherlands. CEASE therapy is now widely used in Europe and North America.
In Dr. Smits’ experience the symptoms exhibited caused by an accumulation of toxic environmental factors in the child’s nervous system.
During CEASE treatment,those causative factors(vaccines, other pharmaceuticals, environmental toxic exposures, heavy metals, effects of illness, etc.) are detoxified with the homeopathically prepared (diluted and potentized) substances suspected to be the causative factors.

CEASE Therapy includes an individualized treatment plan designed specifically for each patient and is comprised of four parts:

Isopathic medicines are remedies prepared homeopathically from the suspected causative factors such as vaccines, antibiotics, environmental toxic substances etc. They are used in helping detox those substances and clear them out of the body.

Classical homeopathy plays an important role in healing of the nervous system. Administering a homeopathic remedy is usually the first course of action taken even before CEASE treatment starts. Once the CEASE therapy starts, the classical homeopathic remedy is then called “Saturday remedy” as it’s usually administered over the weekend to differentiate it from the isopathic remedies. The Saturday remedy’s role during CEASE treatment is to overall strengthen the patient’s vitality.

Orthomolecular supplements properly nourish the brain and the nervous system and help restore proper bowel function. Many supplements are known for their benefit to the nervous system and the GI tract, but during CEASE treatment we only use a few, such as Ascorbyl palmitate (fat-soluble Vitamin C), Magnesium, and Zinc.
During CEASE therapy, these supplements serve as a support for the body’s detox, while the healing process itself comes from the isopathic treatment. These supplements make the healing process smoother and help to avoid severe reactions during the detoxification.

Detoxification or clearing of the causative factors increases the workload of the organs (i.e. liver and kidneys) in charge of filtering, cleansing and packaging toxic waste for release through stool, urine and sweat.
During CEASE therapy we must be careful not to add extra stress to these clearing organs. A balanced and varied diet along with adequate water intake are optimal to support healing and detoxification. Furthermore the diet should be free of additional toxins and other substances that would need to be filtered out by the liver.